In preparation for pressure washing the engine from my ‘64 Corvair Monza, I needed to plug up the intake manifold where the carburetors mount. The tried and true method is to use a paper towel “burrito”, but it had been a while since I had run the printer, so I decided to print some little covers.

I decided to model the part in F360, since I am not as comfortable with it as other CAD packages, so I booted the Windows 10 machine.

I had not booted windows for over 4 months, and since then my graphics card had failed and been replaced. While the new card Just Worked with Debian, for some reason windows did not like it so the DPI scaling was WAY off. I spent about 45 min trying to find a driver for fix the issue, but apparently the AMD FirePro V4800 card which I got specifically for running SolidWorks and F360 was not supported on Win10.

I decided to model the part anyway, even though my eyes were doing the shimmy from the odd DPI scaling. I clicked on the F360 launcher, and just as it came up, a modal notification box informed me that I was not to unplug my machine because Windows was doing updates. Argggg

After waiting patiently for about 30min for it to reach 1% completion, I unplugged the PC and booted back into Debian Linux. About 5min later I had the part modeled in SolveSpace, sliced in Slic3r and printing on a machine running Marlin firmware.

SolveSpace and STL files are available on Thingiverse. 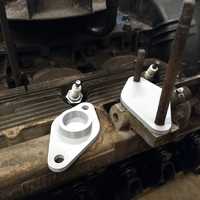 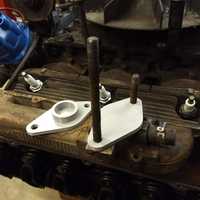 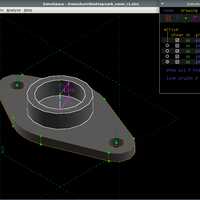